Millions of crabs disappear from the Alaskan coast 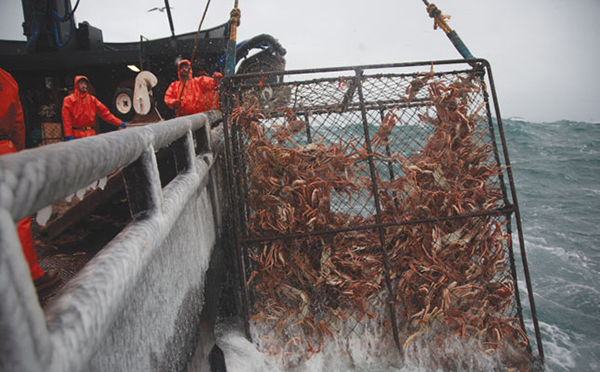 20 Oct Millions of crabs disappear from the Alaskan coast

The fishing season is canceled for the first time due to the small size of the populations.

The Alaskan Authorities have canceled the fishing of the snow crab “Chionoecetes opilio”. The reason, the population size is too small to be captured. A circumstance as surprising as it is alarming considering that this population was 8,000 million specimens in 2018. According to 2021 estimates, there were only about 1,000 million left, a figure too low to allow captures. Unusual situation despite being the most numerous species on the Alaskan coast. The giant crab “Kamtxatka” has also been affected and its fishing has also been suspended. In this case, it is the second year that the authorities adopt this situation.

Overfishing problem continues to accumulate cases year after year, ocean after ocean. Despite this alarm, every day thousands of tons continue to be thrown overboard by the entire world fleet. Making the most of and optimizing fishing resources is no longer an option, but a necessity. At Iberland we try to promote these 2 concepts with as many raw materials as possible. The Iberland Green project was born with this purpose, to take advantage of as many tons of by-products as possible. The fishing industry, but also consumers also play a fundamental role in these challenges.

Greater the use and optimization of fishing resources, the lower the fishing pressure in the seas and oceans. This lower pressure is what will allow the recovery of many species. Species that many of them are at critical levels as is the case of “Chionoecetes opilio” and “Kamtxatka”.